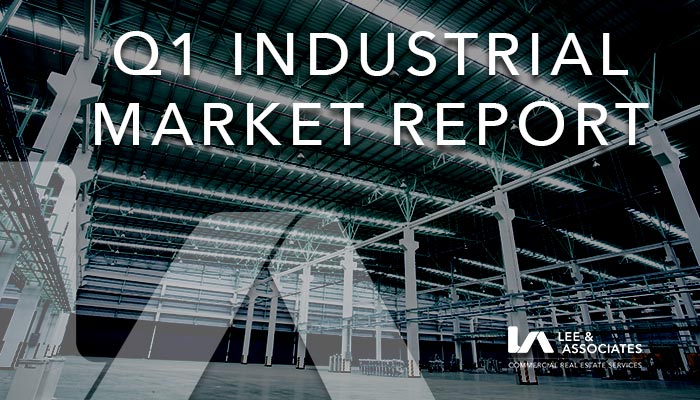 Demand for industrial space through March was the strongest of the last 15 quarters, pushing the vacancy rate down to 3.4% just as California, the nation and world were hit with the biggest health crisis in 100 years, throwing the global economy into reverse.

Nearly 10 million U.S. workers, including 1 million Californians, sought initial jobless claims in the last two weeks of March. Cal State Fullerton said the index in its quarterly business expectation survey “collapsed” from 92.9 to 22.7 when the survey was taken at the end of March. During the last recession, the index fell for eight straight quarters from 83.1 to 15.2. “This is similar to the Great Recession, but at lightning speed,” said Anil Puri, project director.

Commercial property sales and leasing activity has slowed dramatically but Lee & Associates agents remain in contact with clients, advising them on rent deferments, loan conversion, subletting and numerous other concerns.

At least 56 California cities, including Los Angeles, San Francisco and San Diego, and 10 counties have placed moratoriums on commercial evictions for up to 60 days. At some point there will be distress sales for which there is no shortage of users and investors alert for opportunities.

Some useful historical perspective may be found in the effects on local industrial property from the 2007-09 recession – which idled 161,850 Orange County workers or 10.7% of the labor force.
Orange County’s industrial market entered the 19-month downturn with a 4.1% vacancy rate at the end of 2007. Although the recession ended in June 2009, the vacancy rate peaked at 7.5% in Q1 2010.

The amount of empty space nearly doubled from 11.3 million SF to 20.9 million SF, and average asking rents skidded 26%. During the recovery the vacancy rate didn’t fall below 4.1% again until Q3 2014. Rents did not recover until Q1 2016 and asking lease rates have increased about 30% since.

Some economists maintain that in contrast to the last contraction, which stemmed from a financial crisis brought on by subprime mortgage recklessness, the coronavirus recession is more akin to a natural disaster that blindsided an economy with healthy fundamentals.

Because of early social distancing policies in California, official reports said the spread of the coronavirus in the state may have been slowed. Moreover, the $2.2-trillion federal rescue package is clear evidence that Congress is committed to stimulus spending. But at this early stage in the crisis the full implications of the coronavirus pandemic cannot be known, except that a flatter curve is vital to reduce stress on the healthcare system and enable a quicker economic recovery.

Fed Chairman Jerome Powell remarked there will be significant joblessness and declines in economic activity but “there also can be a good rebound on the other side of that.” Former Fed Chair Janet Yellen said although the crisis is a “huge, unprecedented, devastating hit” it is not in the same category as the Great Depression.