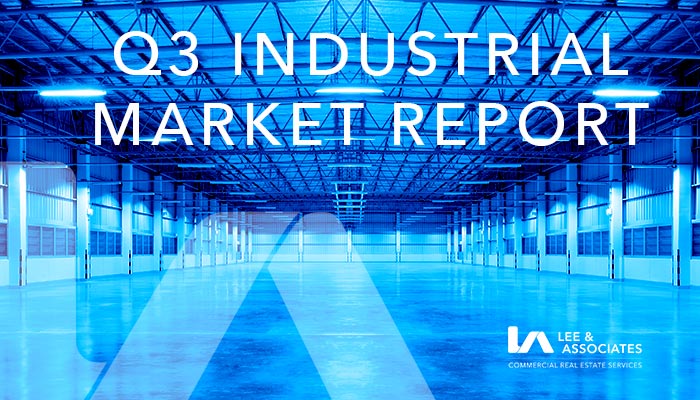 Tenant demand for Orange County industrial space posted a slight overall gain in the third quarter. But asking lease rates have leveled off this year after increasing an average of about 5% annually for the previous three years.

Although the countywide vacancy rate is up 1.2 percentage points from 2016’s all-time low, Orange County remains one of the tightest industrial markets in the nation.
Rental activity has been declining steadily due to a lack of available space combined with slowing business expansion in a late-stage economy. Executed lease transactions this year have averaged 460 deals per quarter. That’s an 11% decline from 2018’s quarterly average and 28% less than the transaction average in 2014.

Additionally, many industrial users rely on healthy international trade for finished goods, parts and raw materials. But the flow this year of container traffic at the twin ports of Long Beach and Los Angeles has suffered in the current U.S-Chinese trade war. Inbound container traffic through August was down 2.4% year over year, exports are off 6.4% and empty outbound containers are up 8.8%.

Demand in North County, the county’s largest industrial market with 112.9 million SF of inventory in 3,229 buildings, produced the most Q3 growth as net absorption was up 183,522 SF. Nevertheless, absorption year to date is nearly 1.1 million SF in the red. Average asking rents virtually are unchanged from the same period last year.
Tenant growth in the 42.6 million SF West County market totaled 172,879 SF in Q3. But absorption for the year is negative 152,288 SF. Average full-service lease rates remain flat this year.

It was the fifth straight quarter of negative absorption in the 73 million SF Airport market. Users have shed about 3.4 million SF of space since Q1 of 2017. Average asking rents are down slightly from Q1.

South County absorption was negative 106,944 SF in Q3 and is negative 80,926 SF for the year. South County’s rents, the priciest in the county, also are flat this year.