Speculative development dominated construction activity in 2016, accounting for 80% of all delivered space in the Lee & Associates of Eastern PA CDS. In Central Pennsylvania, 100% of the deliveries were speculative construction; in the Lehigh Valley they accounted for 76% of all new inventory. Demand remained strong as only 56% of the delivered space in Central PA still remained available for lease. That figure is even lower in the Lehigh Valley and Southern New Jersey where only 28% and 20%, respectively, of the newly delivered speculative space remained available for lease. Tenants including Mattel (500,000 SF), Amazon (2+ million SF), and Starbucks (1.2 million SF) leased speculative projects in 2016.

In the Lehigh Valley, requirements actually outpaced construction activity, resulting in all-time low vacancy and correspondingly high net absorption. These tight conditions drove leasing commitments and lease rates to new highs. As 2016 ended, the Lehigh Valley experienced lease rates as high as $5.75/SF, a 10% increase over the prior year. Demand was also high in Central Pennsylvania, resulting in steady but smaller increases in rental rates in 2016. A closer look at Central Pennsylvania, shows that of the 8 million square feet remaining vacant in our CDS, nearly 4.5 million is located west of Harrisburg.

Looking forward to 2017, fully entitled land will remain scarce, and there is no reason to believe that local opposition to industrial development won’t continue to delay the entitlement process in municipalities near key transportation corridors along I-81 and I-78 from Central Pennsylvania and into the Lehigh Valley. These and other factors will likely continue to put pressure on development and acquisition costs. 2016 also saw new highs in floor to area ratio (FAR) pricing for sites near established interchanges, with Central Pennsylvania reaching $17 in FAR and the Lehigh Valley surpassing the $20 FAR threshold.

These factors have shifted some attention to peripheral areas within Central PA and the Lehigh Valley submarkets, expanding the preconceived boundaries of these two popular areas. However, the impact on future asking rates in these areas differ. In Central PA, our CDS shows 2.7 million square feet of speculative deliveries scheduled in 2017, with over 25 million square feet of future development either proposed or already approved. This should help keep rates in Central Pennsylvania relatively stable, while rates in the Lehigh Valley and Southern New Jersey will continue to see upward pressure. As the Lehigh Valley and Southern New Jersey submarkets expand, the scarcity of future development sites with immediate construction potential will continue to lift lease rates on the existing inventory and scheduled deliveries. 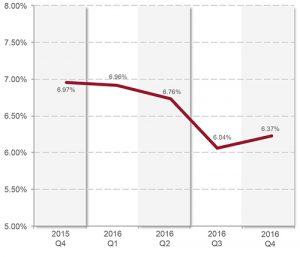 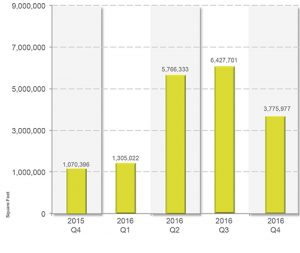 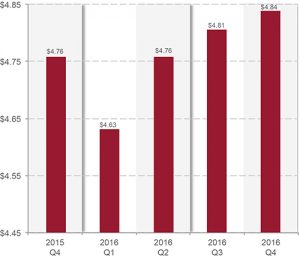 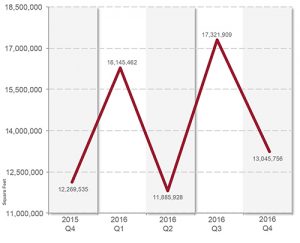 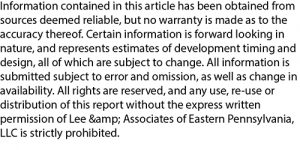