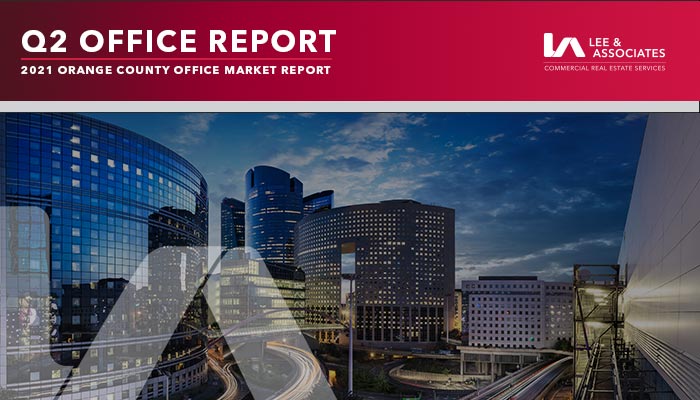 With Covid clearly a long-term issue, many mainstream tenants are still modifying hybrid workplace schedules, as the overall office market attempts to come to terms with what one headline writer called “the fuzzy math of three days a week in the office.” Space everywhere is being effectively discounted with offers of free rent and hefty tenant improvement allowances. While most users are standing pat or reducing space, some companies are taking advantage by leasing premium space at considerable savings. Among current growth-minded office users many companies, particularly those with a younger workforce, clearly are favoring low-rise, high-amenity offices with outdoor space and surface parking. This is the type of environment found with greater frequency in the Airport and South County submarkets.
In contrast to the anemic office demand afflicting most of Orange County, the South County submarket is staging a mini recovery. Since the first half of last year, there was 829,178 SF of positive net absorption in South County, which makes up 23% of the county’s 116.4-million-SF office inventory. Most of this year’s 518,618 SF of South County tenant growth was in the second quarter. The Irvine Company inked two major second-quarter leases –116,000 SF with Amazon and 114,000 SF with CoStar – at its 1.1-million-SF Spectrum Terrace office park in Irvine on Laguna Canyon Road. Meanwhile, in the North, Central and West County submarkets, as well as the Airport, the largest submarket, there were 1,437,307 SF of negative net absorption in the last four quarters. In the last two quarters, tenants in the North, Central and Airport submarkets shed 655,189 SF and added 42,532 SF in West County.
On the strength of tenant expansion in the South County submarket alone the countywide vacancy rate – which settled at 13.4% at the end of Q2 – is 10 basis points less than a year ago. Many high-rise and older office properties in second-tier locations are experiencing extremely high vacancy. One example is Greenlaw Partners’ 368,000-SF City Plaza in Orange, which is offered for sale. Virtually the entire 18-story building is vacant.
The largest sale of the quarter was MetLife’s $155.4-million purchase of two Class A buildings totaling 312,000 SF on Von Karman Avenue from seller Hines-PIMCO in the Airport submarket. After more than five years on the market The Broadway Building at 1600 Broadway, Santa Ana, traded for $110 per SF. The 10-story, 107,248-SF high-vacancy redevelopment project on one acre was acquired by Core Investments of Fullerton for $11.8 million.

In their Spring forecast, Cal State Fullerton economists said that central bankers’ tightening money policy will slow Orange County growth this year. “There are few signs of imbalance in any of the major sectors of the economy;” the economists said, adding that “labor remains strong, and personal incomes continue to improve.”