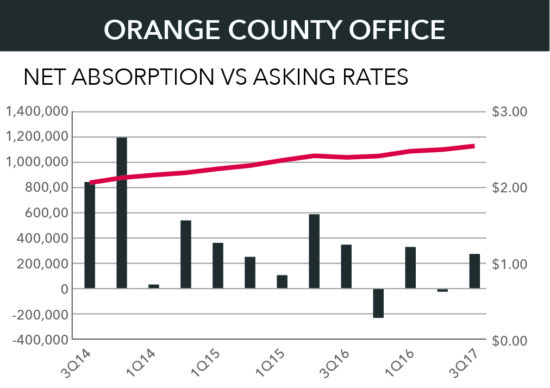 Demand for Orange County office space in 2017 has fallen by half compared to earlier in the economic recovery, and rates of rent growth also have slowed dramatically this year, according to Lee & Associates’ third-quarter survey of Orange County’s 112.4-million-sq.-ft. office market.

Additionally, steady quarterly gains in lease rates have slowed, especially for Class A office space. New data shows that Class A asking rents have increased 3% this year compared to the 10.2% average increase for the same nine-month period in the last three years.

Plenty of economists have prophesied about eight-year real estate and economic cycles to help explain the softening of office markets nationwide that has been widely reported this year. It’s clear that local office demand has lost some steam despite a still solid local recovery and a strong national economy that in Q3 grew at a 3% annual rate.

Locally, the sudden downshift in demand is altering expectations for landlords, particularly those in the Airport and South Orange County submarkets, where new premium buildings are hitting the market. Two buildings totaling 671,696 sq. ft. were delivered in Q3 and eight buildings totaling 1.4 million sq. ft. are underway.

Buildings in South County and around John Wayne Airport comprise nearly 60% of existing county office space as well as the county’s newest Class A buildings. But the two submarkets have gone in different directions this year. South County’s net absorption year to date totals 385,265 sq. ft. versus a negative 328,959 sq. ft. through Q3 in the Airport submarket. The South County vacancy rate is 9.4% compared to 11.4% at the Airport, where a 537,000-sq.ft. office building is slated for completion early next year with no major tenants announced, so far. 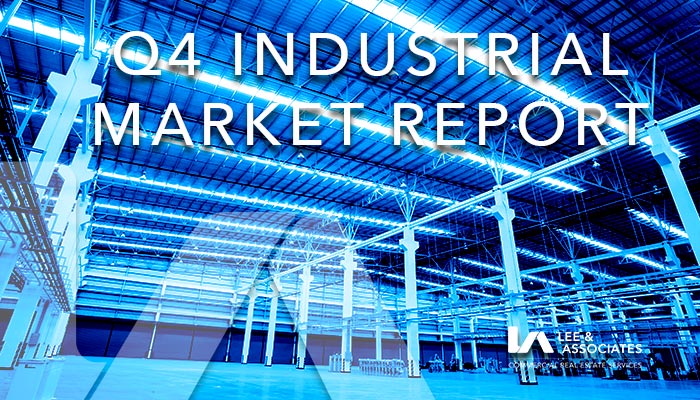