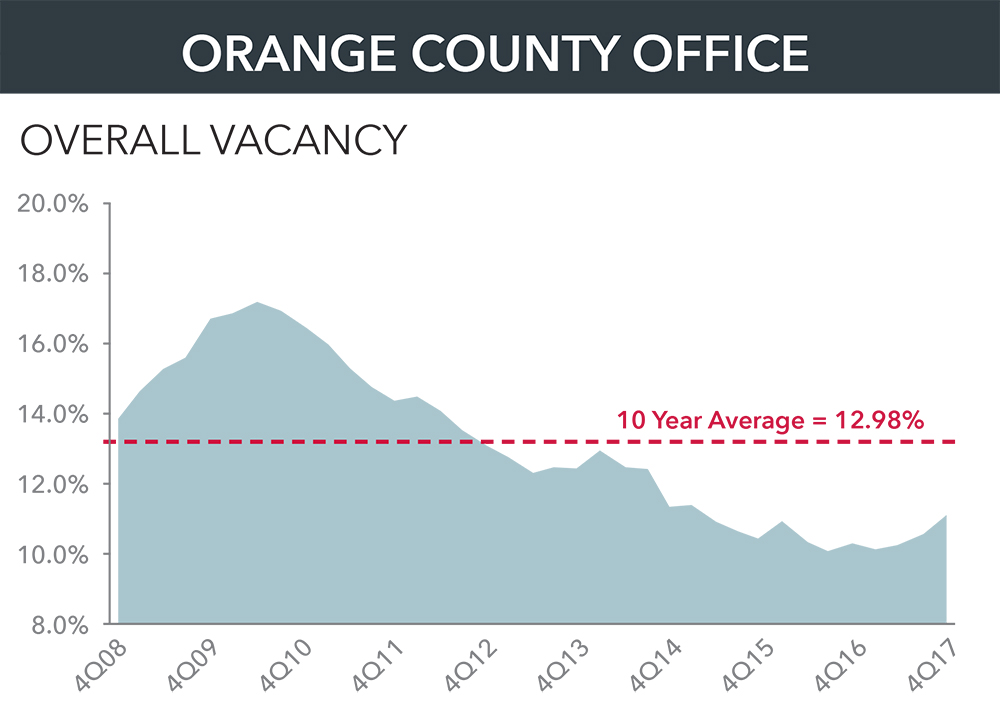 Although net absorption closed the year on the plus side, demand for office space slowed again in 2017 with the tenant market posting its weakest annual growth in seven years. Nevertheless, overall rent increases averaged 5.8% year over year.

Total net absorption, 816,155 sq. ft., failed to crack 1 million sq. ft. for the second straight year as nine new Class A buildings totaling 2 million sq. ft. landed on the market. Ten buildings with more than 1.2 million sq. ft. are under construction. The added Class A inventory pushed up the vacancy rate for premium space 240 basis points to 14.3% from a year earlier.

The vacancy rate in the 61-million-sq.-ft. Class B market dipped to a record low in the second quarter and finished the year at 8.8%. Rents increased 6.5% year over year and are up 35% in the last five years.

Demand across the county’s five submarkets was mixed.

Most expansion occurred in the 25-million-sq.-ft. South County submarket, which posted 480,984 sq. ft. of net absorption in 2017. Completion of six buildings during the year added 1.4 million sq. ft. to the base and pushed up the vacancy rate from 7.3% to 10.7% at year end. Six more buildings totaling 842,181 sq. ft. are due for delivery. Lease rates were up 3.9% year over year, down from increases averaging 9% over the previous three years.

The 8.9-million-sq.-ft. West County market delivered 238,147 sq. ft. of positive absorption with gains in all four quarters, driving down the vacancy rate to 6.6%. Rental rates rose an average 6.1%.

North County’s 8.8% vacancy rate was unchanged as the 14.2-million-sq.-ft. submarket has remained relatively stable throughout the recession and recovery. 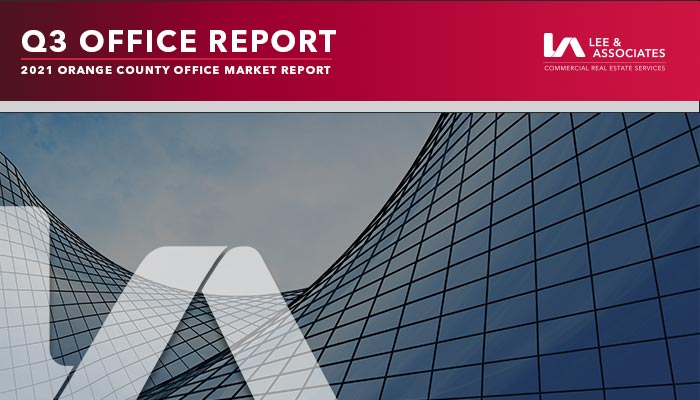