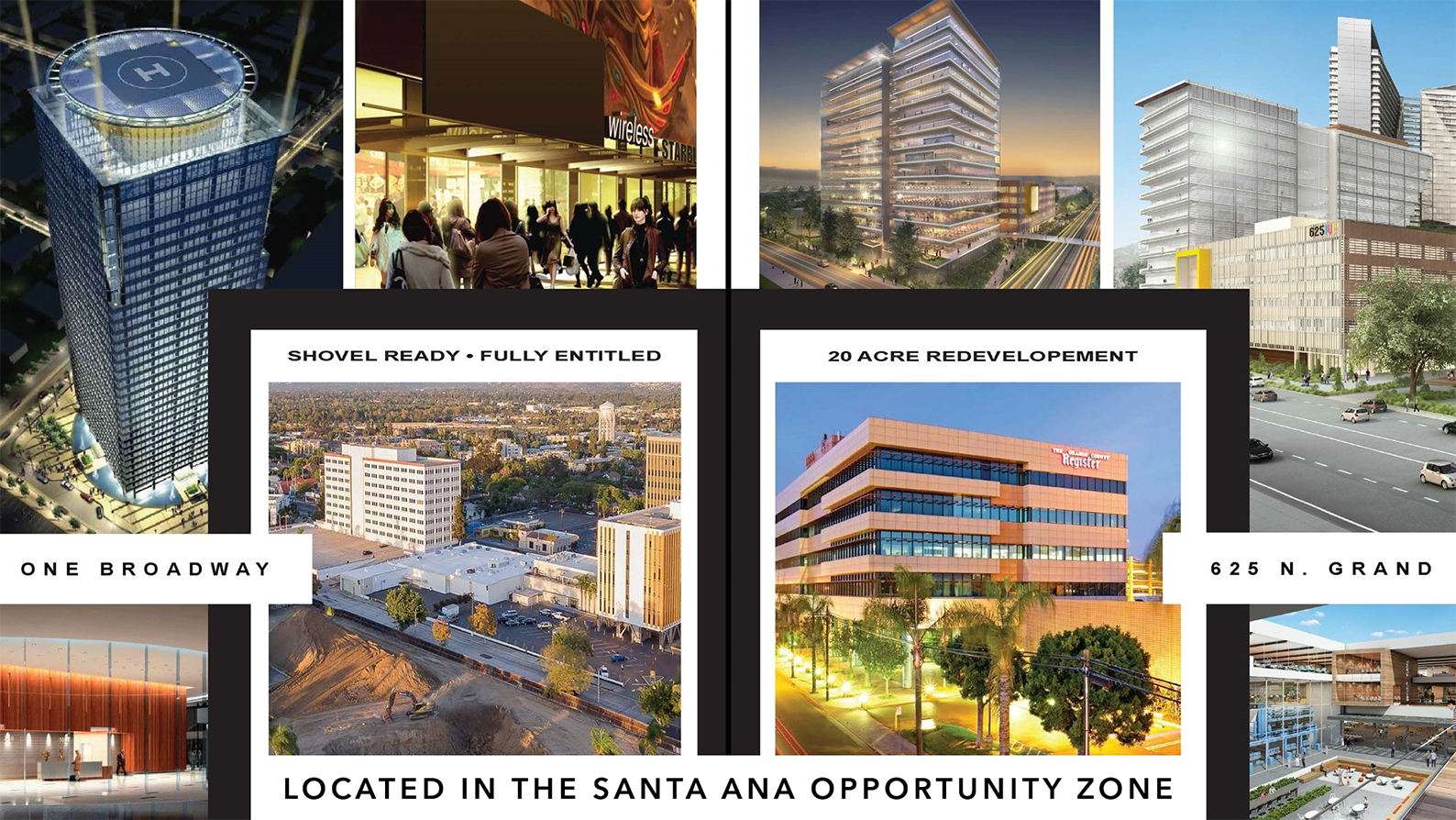 January 21, 2019 (SANTA ANA, CA) – Lee & Associates, a nationwide leader in commercial real estate services, announces that it has been named as the exclusive leasing agent for the 1.7 million square foot office development at the former Orange County Register building and One Broadway Plaza. The team has also been retained to procure a joint-venture equity investor to fund the project located in the Santa Ana Opportunity Zone.

625IVE will be a 20-acre mixed-use transit-oriented redevelopment of the former Orange County Register site located at 625 N Grand Avenue. This freeway adjacent, city-block redevelopment is conceived as a game-changing urban live/work/play project that will provide the region with a true urban core.

One Broadway Plaza (“The One”) is the culmination of a two-decade partnership between Caribou Industries and the City of Santa Ana to transform Orange County’s urban center. The project, located at 1001 N Broadway, represents one of the most significant Class-A office development opportunities on the West Coast and is Orange County’s largest shovel-ready opportunity zone site. Towering at an impressive 493 feet, this iconic landmark will be the tallest superstructure in the history of Orange County and will feature over 615,000-square-feet of office space in 37 stories.

The team will be targeting tenants in size from 20,000 square feet, all the way to a 1.7 million SF campus.  The project will be connected by Santa Ana’s OC Streetcar which celebrated its recent groundbreaking on November 30, 2018. Marshal Vogt, who represents both the local Lee & Associates Orange office and is one of the founders of the Office Advisory Group, a team specializing in office brokerage is enthusiastic and optimistic about this opportunity.

“We are excited about our partnership with Mike Harrah and Caribou Industries. 625IVE and One Broadway Plaza are flagship listings for our team and will transform the perception of Downtown Santa Ana.” Vogt said. “This is a win-win for both the city of Santa Ana and investors. Currently, ‘The One’ is simply Orange County’s largest ‘shovel ready’ opportunity zone site.”

Michael Harrah, the visionary CEO who founded Caribou Industries, found himself at an opportune time to bring both a shovel-ready project and a redevelopment project to the market given the roll-out of a new investment tax incentive in low-income areas designated as “Opportunity Zone”.

“Every ‘Opportunity Zone,’ in large cities, around the country, will look to this project as the shining example of what is possible going forward. One Broadway Plaza will be an iconic tower, talk about a great way to roll out this initiative.” Harrah said.

A qualified investor will have the opportunity to provide equity for either property or an investment in both. One Broadway Plaza is the only shovel ready development project of this magnitude in an opportunity zone in Southern California.

In the last 10 years, the City of Santa Ana has been evolving into a thriving cultural and urban center paving the way for vertical urbanization and profitable opportunities in residential, retail, medical, educational, hotel and mixed-use developments, and investment. The natural beauty of Southern California and a host of world-class amenities in a walkable, vibrant setting has been steadily attracting millennials, foodies, families, and CEOs to this city’s growing live-work-play environment.

Like all the Lee offices throughout North America, Lee & Associates Orange is owned by its brokers. As owners, we have a vested interest in helping each other succeed, which encourages collaboration and the sharing of vital information necessary to optimize results for our valued clients. The Orange office of Lee & Associates was the first expansion location of visionary Bill Lee, who started the company in 1979. For the latest news from Lee & Associates Orange, visit leeorange.com or follow us on Facebook, LinkedIn, Google+, Instagram and Twitter. 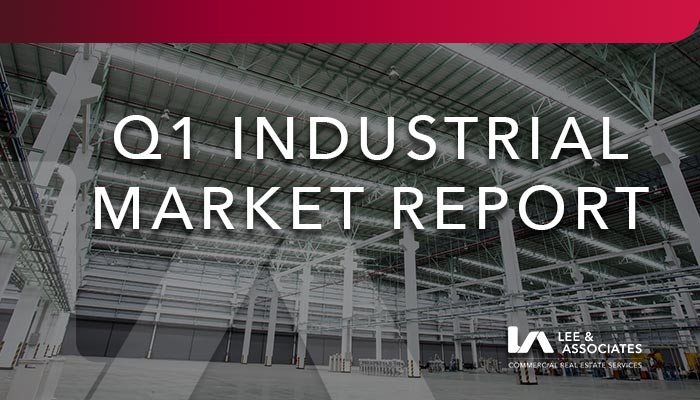