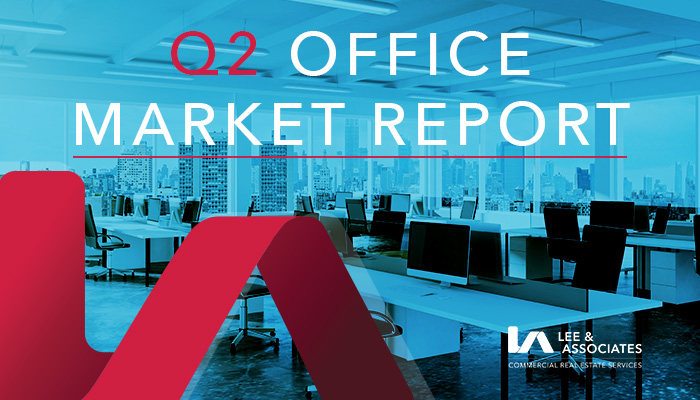 Market Report: Demand for Orange County office space posted the strongest first half in four years, led by solid tenant growth that lately is trending in the direction of Airport-area buildings.

The market report indicates the overall market is in its ninth straight year of steady tenant expansion, during which occupancy gained 12.4 million SF. Net absorption has been positive for 30 of 36 quarters. At the same time 46 buildings have been completed, adding 6.8 million SF to the inventory that now includes 1,340 buildings totaling more than 116 million SF across the county’s five markets.

Despite four buildings landing on the market in Q2, the countywide vacancy rate fell 15 basis points from the first quarter, settling at 11.4%. Eight buildings totaling 863,009 SF were delivered in the first half, the most new space completed in any two-quarter period since 2011. Five buildings totaling 528,751 SF were under construction at the end of Q2.

First-half tenant demand was greatest in the 44.7-milllion SF Airport market, which accounts for about 38% of the county inventory. Airport net absorption year to date totals 650,428 SF compared to 572,397 SF countywide. That is a turnaround from the previous three years in which Airport-area tenants shed 855,178 SF of space even as developers were underway on eight buildings totaling 921,000 SF.

After posting 839,350 SF of net absorption in 2018, demand for South County space has been nearly flat this year. The Irvine Company is completing construction on Spectrum Terrace, a 350,000-SF office development, and announced plans for a 500,000 SF development, Innovation Park, also in Irvine.

Professional and business services employment in Orange County will increase 2.9% this year, the most of any job category, said Chapman University economists in their recent mid-year update. The county’s housing prices also should experience a modest recovery this year, Chapman researchers said. 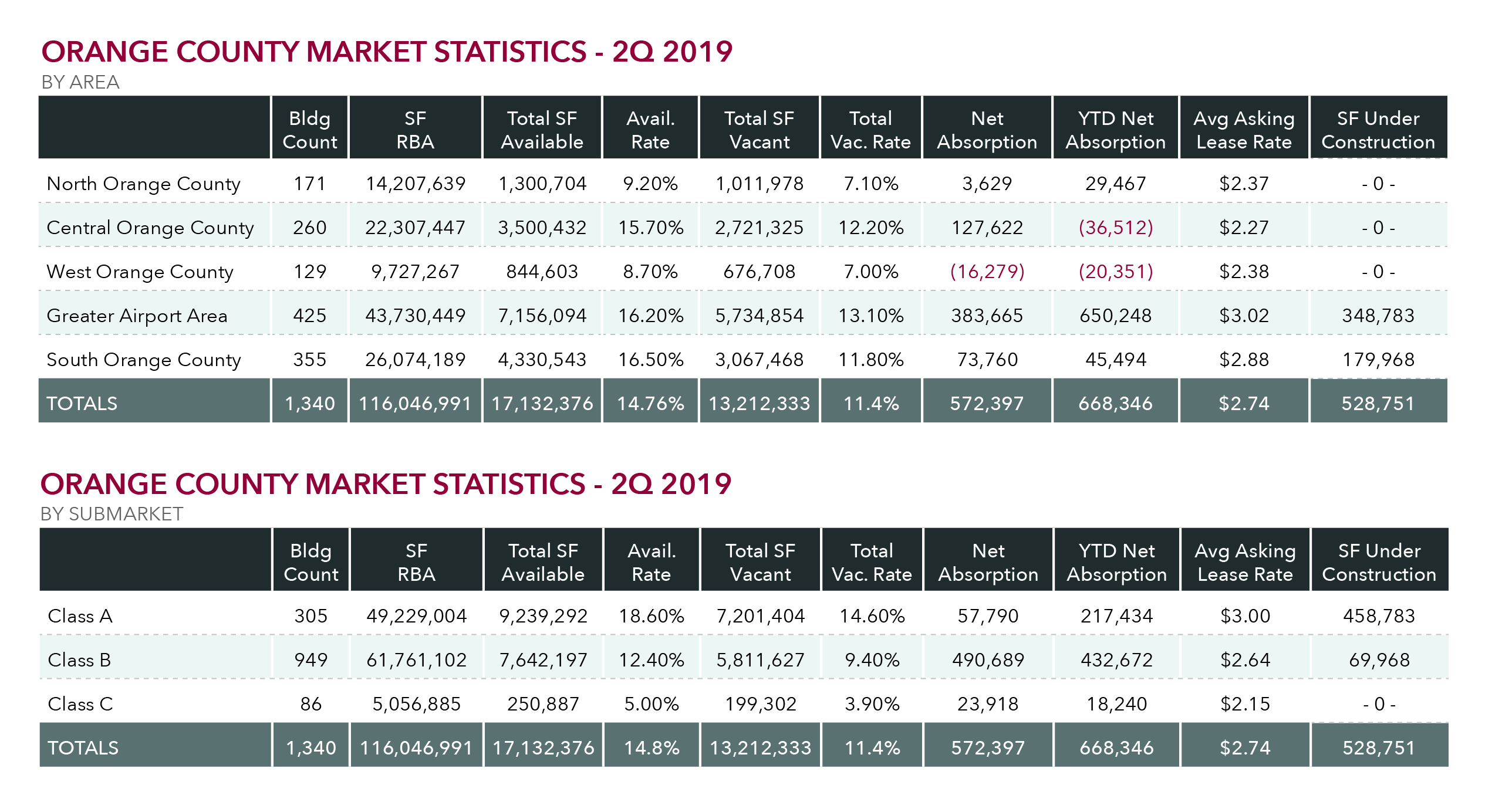