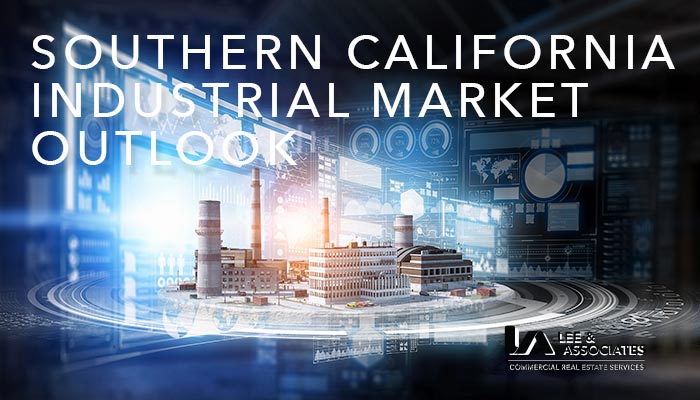 “Strong Economy, Why Skepticism?”, an Article written by Lee & Associates – Orange Principle Christopher J. Destino. Chris looks at economic indicators in the Southern California Industrial Market and explains why  some believe that a slowdown is on the horizon even though the market has been strong for some time now.

​Overall, activity in the industrial real estate market remains healthy with positive expectations for the near future despite some sentiment that a slowdown is on the horizon. When you look at the values of industrial properties over the past 7-8 years, they have essentially doubled. The E-Commerce revolution continues to thrive driving more goods from retail stores into warehouse buildings.

Economic Indicators
Developers across Southern California industrial markets (and most of the U.S.) continue to build new warehouses and industrial properties. Companies are quick to occupy quality space that become available, even at new high-water marks for pricing.  When you look at the economy in general, it is continuing its robust upward trend, even with international trade-war talks.  The unemployment rate continues to decline as millions have been added to the labor force, especially in the private sector.  The stock market has climbed significantly over the past 3-4 years.  Interest rates for those seeking to borrow money have persisted relatively low. With even more reductions of late,  capital is easier to obtain for business growth and expansion.  There is also a renewed push to bring manufacturing back into the United States.

With all these economic indicators moving in a positive direction for businesses, why is there still skepticism about the Southern California industrial market outlook?  Some people feel that we are “due for a correction” because of the run we have been on. Others are wondering how the 2020 election and political culture will turn out, creating some uncertainty.  Furthermore, some question the long-term implications of tariffs and trade war talks.  However, those “feelings” or concerns are not necessarily making their case by the numbers, at least not yet.