MIAMI, FL (NOVEMBER 17, 2022) – Lee & Associates South Florida Principal Matthew Jacocks demonstrated his multifamily dealmaking prowess by representing both sides of the sale of a Lauderhill apartment development site. Jacocks is also partnering with veteran developer Yury Gnesin in the 441 Arthouse project to be constructed on the site.

Jacocks and Hallandale-based Gnesin are helping address the need for new residential product in Lauderhill, a Broward County submarket that Jacocks has been active in over the past year-plus. City of Lauderhill commissioners have taken the first step toward getting the project built by approving a special exception application which will allow for the development of residential units on the property.

Once site plan approval is granted for the project, 441 Arthouse will bring 245 apartments and 10,000 square feet of commercial space to the 4.7-acre assemblage that fronts State Road 7. At least four two-story units will be allocated as living and working spaces for local artists. Currently, the project is in site plan review phase. Lee & Associates South Florida’s retail specialists will start pre-leasing the ground-floor retail space following site plan approval and plans to attract high-quality tenants to further enhance the project and area.

Construction of 441 Arthouse is expected to begin in the first quarter of 2024, with a 12 to 14- month timetable for completion.

The project’s mix of studios and one, two and three-bedroom apartments will range in size from approximately 700 to 1,300 square feet. Amenities include a swimming pool, fitness center, dog park and barbecue areas.

“Lauderhill is seeing a significant amount of investment and development activity,” Jacocks said. “The city’s centralized location is appealing to people seeking a more attainable alternative to downtown Fort Lauderdale and other more expensive multifamily submarkets. We anticipate strong demand for 441 Arthouse and are excited to deliver a one-of-a-kind project to the city. The city has been fantastic to work with and has a great vision that we are excited and honored to be a part of.”

Jacocks has worked closely with Gnesin in previous deals, such as the record $5.25 million sale of Gnesin’s self-storage development site in North Miami Beach in July 2021 and the record sale of Gnesin’s Fort Lauderdale Beach hotel portfolio for $24 million in October 2021. Jacocks exclusively listed both properties on Gnesin’s behalf. 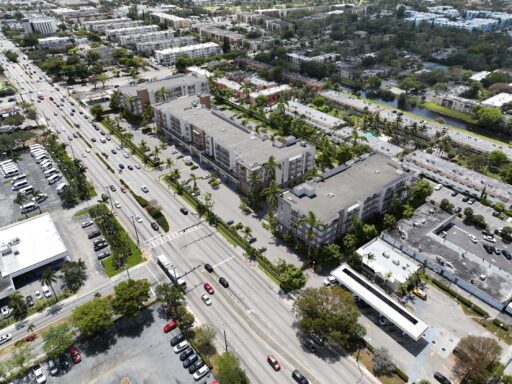 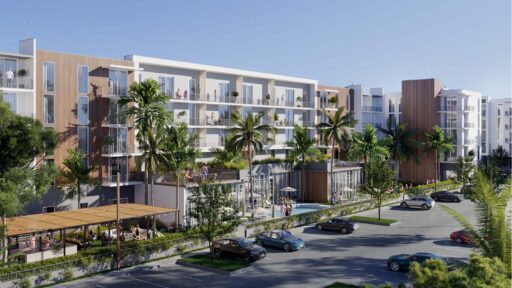 Lee & Associates | South Florida is a fully vertical commercial real estate brokerage firm focused on industrial, office, retail, multifamily, investment and land sectors. Our dedicated team of professionals is led by Matthew Rotolante, CCIM, SIOR a 4th generation South Florida native in a family that has owned and operated commercial property here since 1928. Lee & Associates is the largest agent owned brokerage in the nation with Senior Agent’s ability to earn profit share resulting in the highest splits while still receiving full resources, support and leads from our national network. Our collaborative and cheerful culture allows for open communications throughout the company, fostering the sharing of information and best practices to better enable client decision making.  The Lee & Associates’ robust national network that sold and leased nearly $32.4 Billion in 2021 offers clients a cross-market platform of expertise and deal opportunities across all asset specialties and representation roles. For the latest news from Lee & Associates South Florida, visit leesouthflorida.com or follow us on Facebook, LinkedIn, Twitter and Instagram, our company local news.