Work to begin on huge Apex development with office, retail and housing space 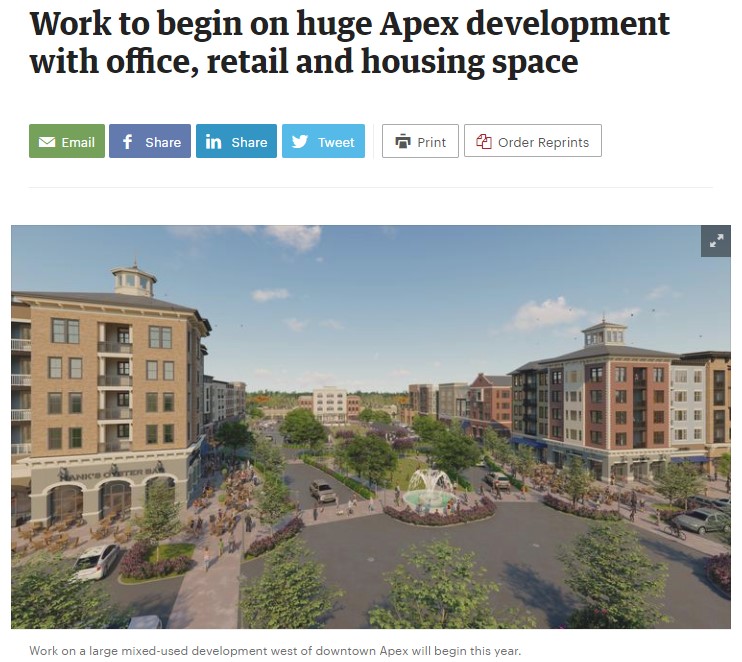 Work is set to begin on a planned mixed-use development in Apex that looks to marry modern mixed-use urban-suburban designs with Southern small-town life.

In the weeks to come, developers ExperienceOne Homes and New York-based The Kalikow Group plan to begin grading for the first phase of the Sweetwater Town Center project, with construction set to start shortly after.

The group designed the community as a more modern vision of urban-suburban development as planners and municipalities increasingly reimagine towns of decades.