Creating a Joint Venture for Ground-Up Construction in Brooklyn, NY 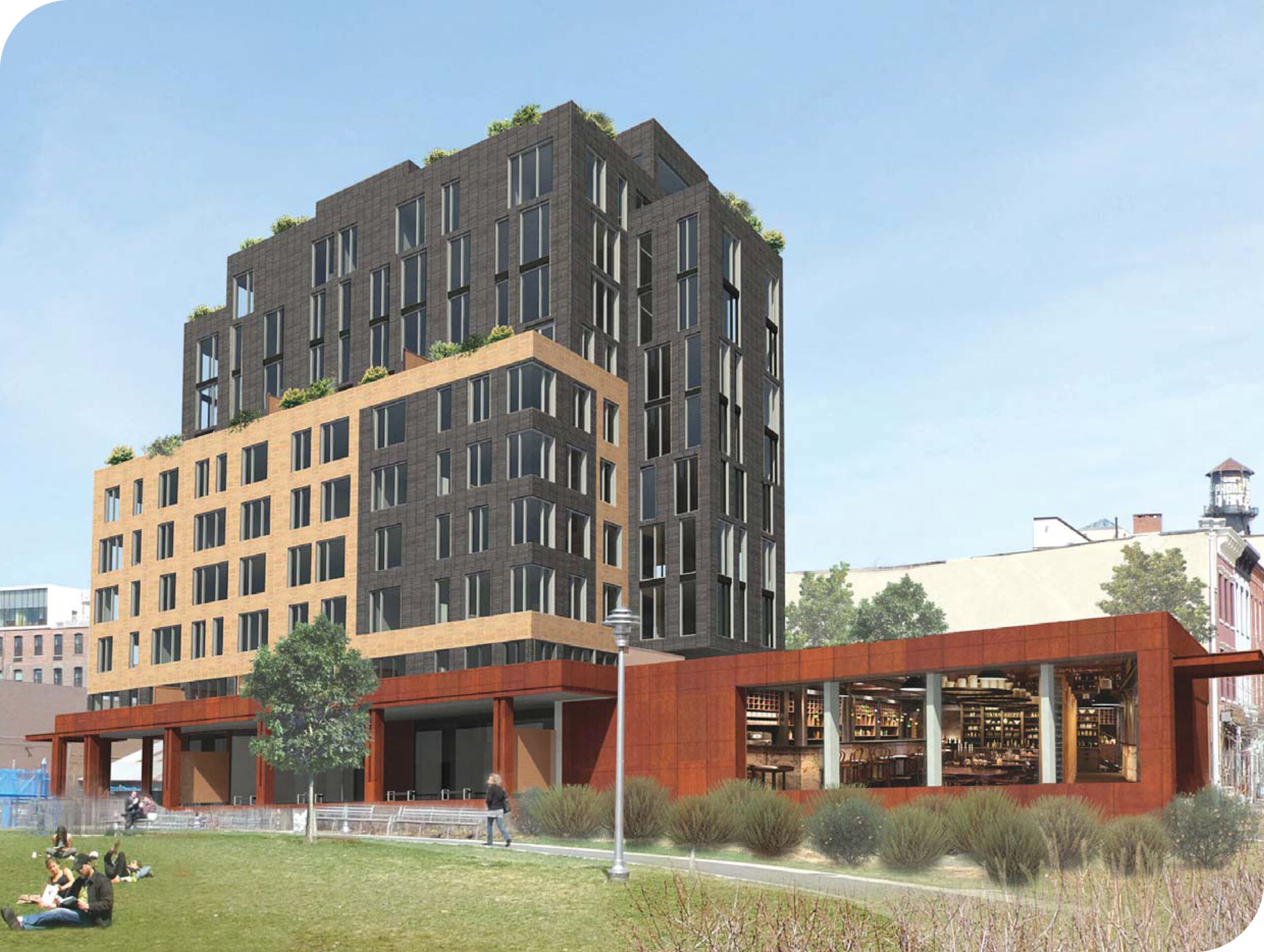 For more information regarding this case study, please contact:

The client was a New York City based family office and long-time owner of industrial, retail and mixed use assets through New York City. The family office had been in business since 1965, but had no ground up development experience, and was thus unable to secure construction financing.

Assist a long time owner of industrial property and Class B residential rentals in determining and implementing the most profitable strategy to turn a warehouse into a mixed use building on the Brooklyn waterfront. The potential scenarios included:

In the belief that they could develop a 90,000 sq. ft. building on their own, ownership hired an architect, drew up plans and went to their primary lender of over 30 years for a construction loan. While this bank had provided well over $200M in debt over the decades, the loan that was offered reflected a total lack of experience in ground-up development. The loan proceeds were materially lower than anticipated and the interest rate was double what experienced developers were able to achieve. Ownership needed guidance on how to achieve their goals of developing an economically viable and more valuable, mixed use property, taking advantage of 421-a tax benefits to minimize the tax liability for a quarter-century, constructing a rental asset that could be passed down to the next generation of this family ownership, and securing a market rate loan to ensure that the potential returns outweighed the construction risk.

We instantaneously recognized the superior location of this asset, which given its waterfront location would have unobstructed East River and Manhattan views in perpetuity. We quickly assessed the balance of the positive and negative attributes of the property and opportunity, and determined that a Joint Venture with an experienced developer offered the highest percentage chance for success. In order to create the JV, current ownership would need to “sell” a piece of the fee, approximately 10% to 20%, to make the project worthwhile to a new partner and show potential lenders that the minority partner had substantial skin in the game. We also believed that given the competitive advantages this property would eventually have, a new partner would accept a land value above what would be a market rate for a rental building, but still a discount from a condo valuation.

After speaking with a handful of very select developers, all with at least 30 years of experience in the industry, and some with over 100 years, we made a minor course adjustment. These developers all stated that because they still had to hire a third-party general contractor, the returns were not great enough. It was at this point we decided to “cut out the middle man” and source general contractors who were also property owners, and had enough liquidity to buy into the property and meet a potential lenders requirements. We were able to locate the appropriate group from our deep bench of relationships, and they agreed to our aggressive land value. They were about to execute the partnership agreement when 421-a expired, creating a major tax liability that could not be overcome without cutting the land value in half. Ownership decided to shelve the project until 421-a could be revived or a new tax incentive program created to minimize and freeze the real estate tax burden long enough for the project to make economic sense.

We stayed in touch weekly and made sure to keep everybody engaged and excited about such a wonderful project. When the tax incentive program finally returned, we immediately picked up where we left off and completely re-underwrote the entire transaction. We the JV so that a one story warehouse producing minimal income can be turned into a multi-story mixed use asset not only producing significantly more income, but also have a value exponentially greater. We then be entered the debt markets and secured construction financing at market rates, making the project profitable for all.