The U.S. economy improved in the fourth quarter with the nation’s gross domestic product rising at a 4% annualized rate.  The Q4 report from the Commerce Department follows a record quarterly gain in the third quarter. But despite the strong second half, the U.S. economy contracted 3.5% in 2020.  It was the first annual drop since the financial crisis and the most since 1946.

There is wide agreement that the economy will improve in 2021 as long as vaccinations proceed as planned.  “We’re a long way from a full recovery,” said Federal Reserve Chairman, Jerome Powell, on the eve of the Commerce Department’s report in late January. “There’s nothing more important to the economy now than people getting vaccinated.”

Increased exports, nonresidential fixed investment, residential investment and inventories and consumer spending contributed to the fourth-quarter gain, while across-the-board declines in government spending at the federal, state and local levels weighed on growth, the Commerce Department said.  Among businesses hit hardest in Q4 were restaurants as a wave of increased coronavirus infections and deaths made customers nervous about going out. The leisure and hospitality sector shed nearly 500,000 positions in December. The restaurant industry’s major trade group says 17%, about 110,000 establishments, are closed long-term or permanently. READ MORE >

At the close of 2020, the steadily improving job market suffered its first contraction since the spring lockdown.  Employers cut 140,000 jobs in December and the unemployment rate settled at 6.7%.  Weekly jobless claims remained above the pre-pandemic peak of 695,000 – more than in any prior recession going back to 1967.  Nearly 11 million more workers were unemployed than in February.  It was the first monthly drop in payrolls since the lockdown in March.  After spending steadily for several months, consumers cut back on buying this winter.  Nevertheless, many households have boosted their savings during the pandemic and pent-up demand is expected to drive growth.

“What’s really driving the economy is still the path of the virus,” Erica Groshen, a senior economics adviser at Cornell University and former commissioner of the U.S. Bureau of Labor Statistics, told ABC News ahead of the report’s release. Groshen noted that December’s data likely reflects the surge in cases after Thanksgiving and the restrictions put in place to quell its spread.

The Federal Reserve remained committed to bolstering the economy throughout the Covid pandemic era, recently outlining its intent to keep interest rates near zero through 2021 while continuing to buy Treasuries, and corporate and mortgage bonds.  Purchases by the Fed in 2021 since March totaled nearly $2.7 trillion.

At the central bank’s last meeting of the year in mid-December, officials announced an increase in its 2021 GDP forecast to 4.2%.  Federal Reserve Chairman, Jerome Powell, told reporters after the meeting that support from the bank would continue “for some time.”  Powell remarked that many businesses and households under severe stress would continue to suffer until the economy begins to bounce back in the second half.  The first quarter is “likely to be very challenging,” he said, and that the Fed would “deliver powerful support to the economy until the recovery is complete.”

Powell also repeated his call for more federal stimulus and signaled that the limitations of the Fed’s program were not unrestrictive.   “The case for fiscal policy right now is very, very strong, and I think that’s widely understood,” Powell said. “Now that we can kind of see the light at the end of the tunnel, it would be bad to see people losing their business, their life’s work, even generations’ worth of work” with the recovery expected soon. READ MORE >

Although recent vaccine approvals have raised hopes of a turnaround in the pandemic later this year, renewed waves and new variants of the virus pose concerns for the global outlook.  Amid this exceptional uncertainty, according to the International Monetary Fund’s latest forecast, the global economy is projected to grow 5.5% in 2021 and 4.2% in 2022.

The 2021 forecast released late January is revised up 0.3 percentage point relative to the previous forecast in October, reflecting expectations of a vaccine-powered strengthening of activity later in the year and additional policy support in a few large economies. The IMF also said the December agreement on the terms of the United Kingdom’s exit from the European Union has eliminated a key downside risk. Additionally, the IMF noted that the upbeat prospects for 2021 are widely reflected in the markets.

Finally, additional policy measures announced at the end of 2020—notably in the United States and Japan—are expected to provide further support in 2021–22 to the global economy. The IMF said these developments indicate a stronger starting point for the 2021–22 outlook than envisioned in the previous forecast. READ MORE > 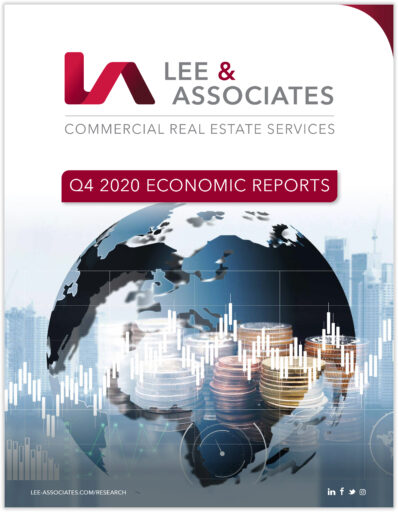