There are a number of records being toppled in the nation’s industrial real estate market, which is consumed by demand for logistics solutions.  Net absorption set a record in the second quarter with 134.7 million SF, and record mid-year tenant growth totaled 208.7 million SF, just shy of the net absorption total for all of 2020.   More than 200 million SF is set to be delivered in the second half, bringing the total of new product this year to 342.9 million SF, 12% more than the previous record in 2019.  Sales volume has hit an all-time high. Although Q2’s totals still are incomplete, assets valued at more than $20 billion were traded in Q1 and a record $44 billion in property changed hands in Q4 of last year, 9% more than the previous record in Q3 2019.  Unsurprisingly, with all other real estate classes under stress, investor demand is red hot for large industrial properties and portfolio deals.   Meanwhile, the profile of tenants leasing space continues to broaden and span a variety of segments and business types.  Amazon continues to lead the nation along with other e-commerce, third-party logistics providers such as Outsource Logistics, FedEx and DHL, and home improvement retailers.

Aiming to boost its logistics strength on the East Coast, e-commerce home furnishings merchant Wayfair selected a site near I-95 in suburban Baltimore for a 1.2-million-SF mid-Atlantic distribution hub.  The facility will allow Wayfair’s products to reach one third of the U.S. population from Miami to Canada in one overnight drive.   As industrial users aim to bolster their last-mile logistics networks throughout the nation, several secondary markets, such as Phoenix, Memphis and Reno are witnessing net absorption rates in excess of 5%.  With strong consumer spending on home improvement goods, it’s not surprising that a durable goods manufacturer made the list of active lessees. Milwaukee-based Briggs & Stratton, a longtime maker of small gas engines, leased 566,000 SF of a 1.l4-million-SF manufacturing campus in Sherrill, a town in central New York. READ MORE >

Effective vaccine distribution and improved economic news had a salutary effect on the office market as negative net absorption in the second quarter totaled 12.2 million SF.  It was a substantial improvement from the 54.4 million SF of negative net absorption in Q1 and the 134.5 million SF that have gone back on the market since the pandemic hit early last year. The volume of sublease space available gained roughly 80 million SF during lockdown and totals nearly 200 million SF.  For a frame of reference, nationwide tenant growth in 2019 totaled 44.3 million SF.  Since Covid, there have been about 800,000 lost office jobs.  Although some models forecast those jobs will be recovered by early next year, the previous relationship between job growth and space requirements has been disrupted. The big question is, as the pandemic subsides, how much of the quarantine culture will remain part of the post-Covid workplace?  How many and what type of companies are likely to adopt office/remote hybrids with slimmed-down employee footprints?

Facebook, and many other mostly tech companies, are allowing some employees to work from home permanently.  Office-remote flexibility is being offered by others, including Alphabet Inc.  Goldman Sachs Group is asking workers to return to the office.  In some markets, the decisions will have heavy consequences. Target’s decision allowing employees to opt for remote work resulted in cuts to its downtown footprint by a million square feet and reverberated through the Minneapolis market.   Financial considerations also are coming into play. After giving its nearly 3,900 employees the choice earlier this year of home or office work, Yelp has cut back on space in New York and San Francisco and said it will take impairment charges on sublease agreements that will save the company up to $12 million per year through 2024.   McKesson, of Irving, Texas, and with 76,000 worldwide employees, expects to save from $60 million to $80 million annually in real estate costs since adopting a hybrid work model. READ MORE >

RETAIL OVERVIEW: VACCINES ARE SHOT IN THE ARM FOR RETAIL

Encouraged by effective vaccination rates in the first half and improved consumer confidence metrics, retailers significantly expanded their footprint in the second quarter, but the growth is overshadowed by the sector’s complexities and continued challenge from e-commerce. There was 20.2 million SF of net absorption in the second quarter, the biggest quarterly gain since 20.9 million SF was absorbed in Q3 2018.  Combined with 4.5 million SF of net Q1 growth, year-to-date net absorption comes close to making up the 25.2-million-SF of negative net total for 2020.  The sector remains bifurcated with several areas in the category under continuing financial strain whether from capacity restraints where bars and restaurants are concerned or weak foot traffic in indoor malls.

On the other hand is the sector’s ability to evolve and adapt, which is showing up recently in increased leasing activity.  Leasing volume is tracking near the same levels of 2017 through 2019 with much of the activity driven by merchants selling basic and discretionary products.   The sector also continues to face shifts in how retailers view and utilize physical space. While many are in the midst of strategizing and expanding their e-commerce channels, many remain committed to improving and adjusting their physical presences.  As a result, lease sizes are declining and space use strategies are evolving as retailers explore creative approaches toward drawing traffic and engaging the consumer. READ MORE >

The nation’s multifamily market posted a second straight quarterly record for net absorption along with strong first-half rent growth in every major metro and across suburban and downtown properties.  Net absorption in the first half was 417,736 units, more than the total for any year in the last decade, and tenants responded to plunging second-quarter Covid infection rates by renting 331,067 units, a three-month total that is greater than any year except for 2018 and 2020.

Investors also have regained confidence in the sector with sales volumes reverting to the norm.  Deal volume in the first half totaled $70.5 billion for an average price per unit of $171,222, a year-over-year price gain of 6.4%.  Buyers especially were drawn toward properties in the fast-growing Sunbelt states and metros like Dallas-Fort Worth, Atlanta and Phoenix with bidding wars in many markets.  Deal volume in Phoenix is nearly double normal sales activity and well above typical levels in Atlanta, Austin and Dallas/Fort Worth.   Conversely, transaction activity remains tepid in New York, Washington, D.C., Los Angles and the Bay Area even as demand and rent growth continues to improve.

Nationwide, rents rose nearly 7% in the first half of the year and there are more than a dozen metros with gains in the teens and more, led by a 21.2% jump in effective rents in Tampa in the last 12 months followed by Palm Beach, 20.3%; Phoenix, 19.9%; Las Vegas, 19.1%; Atlanta, 17.6% and Jacksonville, 17%.  Demand outpaced new supply while construction starts have fallen to their lowest levels since 2017.  Construction got underway in the first half of about 140,000 units compared to some 200,000 apartments started in 2020. About 580,000 units currently are underway.  As a percent of inventory, Nashville, Miami, Austin, Salt Lake City and Charleston lead all markets in units in the pipeline with at least 6% of inventory underway. READ MORE > 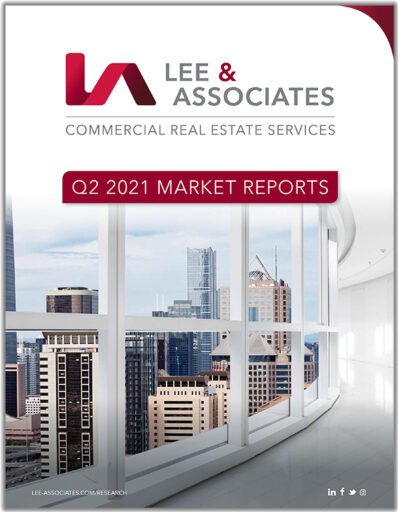