Commercial Real Estate Visionary and Founder of Lee & Associates, Bill Lee, Dies at the Age of 78 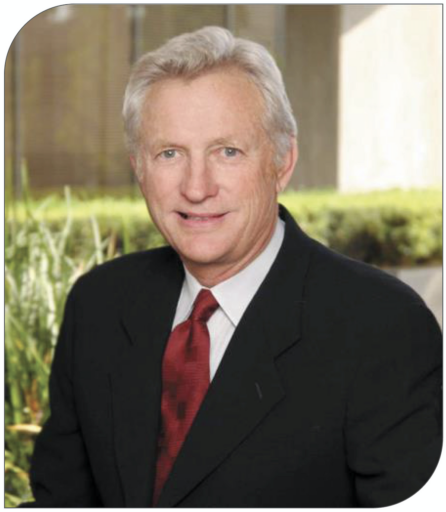 April 6, 2021 (LOS ANGELES, CA) – It is with sadness that Lee & Associates announces that company founder, Bill Lee, passed away after a long battle with cancer and cancer-related complications last night. He was 78 years old.

Bill Lee founded Lee & Associates Commercial Real Estate Services in 1979 in Orange County, CA. The company now has 65 locations across North America and employs over 1,300 people, with a year-end consideration value of over $14B in 2020.

"I revisited all of the reasons I started the company, and I realized that I did it because the future was more valuable to me than the present," said Lee in a 2019 interview with current Lee & Associates CEO, Jeffrey Rinkov.

Bill set up the Lee & Associates model in a revolutionary way that has perpetuated the company's growth, each office has a vested interest in the other offices. One of the key elements is that agents at Lee & Associates have the ability to make an investment into the growth of the company. Culturally speaking, how the offices are tied together because of the co-investment has cultivated a legacy of collaboration that still permeates the organization today.

He strategically designed capital at Lee & Associates to operate in smaller components to allow the company capital to operate more efficiently than other existing methods at the time, and allow agents the opportunity to maximize their deals in terms of commission dollars.

"I am deeply saddened by the loss of our visionary founder, friend, and long-time leader. On this difficult day, I stand in tremendous appreciation with the thousands of real estate professionals and their families that have been so positively impacted by the company Bill created and the unique structure that has served us for 41+ years. Bill fostered and maintained incredibly close personal and business relationships with Lee & Associates professionals, including his abundant support in our efforts to continue the growth of our company in his entrepreneurial vision. Bill’s passing will be felt throughout Lee & Associates and the greater commercial real estate industry. On behalf of all of our team members, I extend my deepest condolences to Bill’s family and friends," said Rinkov.

Notably, Bill Lee represented some of the largest companies in the world. He was a market-leader in the industry and earned his SIOR designation in 1977. Outside of his commercial real estate career, Bill was a published author and coached youth basketball. In recent years, Bill in his spare time became an avid gardener who grew all of his own fruits and vegetables for a restaurant and inn he owned. He enjoyed spending time with his family. Lee is survived by his four children, Robb, John, Ryan, and Katie, and nine grandchildren.

Lee & Associates Nashville, TN Transitions from a Satellite Office to a Freestanding Office

Lee & Associates Washington, DC Transitions From a Satellite Office to a Freestanding Office